The Negative Effects of Social Media on Mental Health

According to Harvard Medical School Affiliate, McLean Hospital, when people look online and see they’re excluded from an activity, it can affect their thoughts and feelings, and even affect them physically...

The risks of the reward

According to Harvard Medical School Affiliate, McLean Hospital, When people look online and see they’re excluded from an activity, it can affect their thoughts and feelings, and even affect them physically.

A 2018 British study tied social media use to decreased, disrupted, and delayed sleep, which is associated with depression, memory loss, and poor academic performance. Social media use can affect users’ physical health even more directly. Researchers know the connection between the mind and the gut can turn anxiety and depression into nausea, headaches, muscle tension, and tremors.

Social media is designed to addict you

The problem with social media is that it has a reinforcing nature because it activates the brain’s reward centre encouraging it to release the feel-good neurotransmitter dopamine. This the chemical linked to activities like sex, food, and shopping. In fact, Dopamine is released whenever your brain is expecting a reward. In fact, even just thinking about a reward may be enough to activate dopamine. The designers of social media platforms are fully aware of this and use the knowledge in their platform designs to get as many people signed-up and engaged as possible. But don’t take my word it. Instead, watch these hard-hitting videos that explain the problem perfectly: 3 Voices from Silicon Valley.

Dopamine contributes to feelings of alertness, focus, motivation and happiness and a flood of this neurotransmitter can temporarily make you feel euphoric. Apart from its mood enhancing action it’s also involved in many other functions including:

As can be seen from the above list, there’s plenty of scope for a problem like social media addiction to upset the balance of a person’s health in numerous ways.

I’ve written quite extensively about social media addiction and if you have a young person who you suspect may be addicted, please follow this link. Or if that person happens to be yourself, please click this link instead.

The American Society of Addiction Medicine (ASAM) defines addiction as a chronic disease that affects the brain’s reward, motivation, and memory functions. Someone with an addiction will crave a substance or other behavioural habits. They’ll often ignore other areas of life to fulfil or support their desires. General signs of addiction are:

• lack of control, or inability to stay away from a substance or behaviour
• decreased socialisation, like abandoning commitments or ignoring relationships
• ignoring risk factors, like sharing needles despite potential consequences
• physical effects, like withdrawal symptoms or needing a higher dosage to get the same effect

Two things drive human actions: necessities such as food, sleep, avoidance of pain – and rewards. Any object, event, or activity can be a reward if it motivates us, causes us to learn, or elicits pleasurable feelings. But how do our brains compute the value of a reward and how is that translated into action? Neuroscientists are still investigating how the brain balances reward and risk, and how a person’s emotional state affects this balance. Normally the brain’s reward system reinforces behaviours associated with benefits and prevents behaviours leading to punishment. Social media is expert at exploiting human flaws. 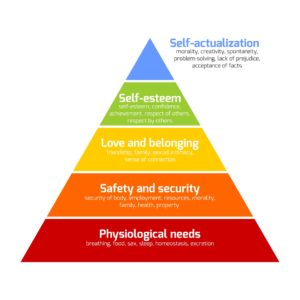 Social media has changed the landscape of communication for millions across the globe. The benefits that social networks can bring are plentiful and well documented, but the harm that many individuals and communities have suffered through abusive or negative engagement with other users on these platforms, or through the impact of design choices that shape or influence the content they view, are also well documented and are troubling. In May 2022 Truelist estimated that 210 million people worldwide suffer from addiction to social media and the internet.

According to a Child Mind Institute study in the US between 2010 and 2015, over half a million 8th grade through 12th graders’ depressive symptoms increased by 33%, and the suicide rate for girls in that age group increased by 65% (US 8th Grade is equivalent to Middle School and 12th grade to Senior School). In 2007, shortly before the study began Smartphones were released and by the year 2015, 92% of teens and young adults owned one.

Many of the negative effects of social media boil down to the fact that the platforms are a free-for-all where insufficient effort is made to prevent or remove the fake and often polarising news. This is a serious problem given that according to Offcom in the UK, 49% of people now get their news from social media platforms.

According to Greater Good Magazine, since 1994, the number of Americans who see the opposing political party as “a threat to the nation’s well-being” has doubled. This deepening polarisation has predictable results: government shutdowns, violent protests, and scathing attacks on elected officials. Social media it seems, amps up moral and emotional messages while organising people into digital communities based on tribal conflicts. And of course, these conflicts play out on social media.

Medical News Today is one of the fastest growing health information sites in the United States. According to Google Analytics, every month, more than 85 million people from across the globe come to Medical News Today for their in-depth health information and the latest news in medical research. Their content is science-led, facts-first, inquisitive, and approachable. Here’s a link to their informative article: What to know about social media and mental health.